The reopening ceremony of Hagia Sophia Mosque proved to be an eyeopener on the Greek psychosis. While Turkey delivered a surprisingly modest performance, the Greeks turned out to be a wild card and shamed everyone with their demonic fury.

In detail, the ceremony was not the ostentatious Muslim act the West expected; it was rather a calm prayer gathering on newly carpeted floors with barely covered mosaic-laden walls, poised to welcome tourists between prayer times. And when it was over, Turks were happy to overcome yet another internationally loaded socio-political hurdle.

The flabbergasted Greeks however did not take the reconversion well. The Greek government chose to first grieve with flags half-mast, leading to an anti-Turkish flag-burning rampage in Thessaloniki, which was superseded by the schizophrenia that misinterpreted Turkey’s Mediterranean drilling survey near Antalya to supposedly be signaling a 'pending invasion' which then justified the Greek Armed Forces to be put on high-alert, thus bringing the Aegean on the brink of war.

This all happened on the very week when the Turkish-Greek community was grieving the loss of their legendary leader Dr. Sadik Ahmet, who had died in a suspicious car crash in 1995. Everyone quickly realized that the worst-case scenarios about some possible further damage to Ottoman heritage in the Balkans were underestimations. Recalling countless cases of Christian atrocities against Balkan Turks in the past, Turkey condemned the flag burning and postponed Navtex.

Such precautions may remove the Greek high-alert, but the situation actually needs to put the Turks on high-alert and understand that the Turkish mindset is nowhere close to guessing the Greek perspective.

First of all, philosophizing on the cultural connotations of Hagia Sophia is too academic for the barbaric Greeks, since their paranoia over a revamped Ottoman Empire is taking over everything.

It looks like the Greek complicity with the West against the Ottomans from a hundred years ago has forged a criminal psyche that displays bizarre Macbethian denial antics. They clearly see themselves as the representative of the West and expect Turks to treat the Greek border as the border with the US.

Projecting their betrayal onto ‘the Western powers’ as if it was the West that forced Greeks to backstab Ottomans, Greeks fail to acknowledge that Turkey has been the second largest army of NATO for over 70 years, and that in this day and age, it is the West relying on Turkey to prevent an invasion from the East, possibly unfolding in the form of Middle East terror, orchestrated by some Russian-Iranian-Chinese alliance.

Remembering how the Greeks mistreated Syrian refugees early this year, the Middle East terror portion of this whole equation is news to them. They need to understand that in order to establish peace in the Middle East, Turkey needs to play the religion card against the sheikhs behind ISIS and Hagia Sophia’s reconversion is set to serve as a testament to Turkey’s Muslim leadership in the region.

So before we make any more Ottomanesque moves just for heritage sake, we first need to inform the Greeks on global politics. They need to see that the Americans they trust may possibly need “the  Bookends of NATO” to be as imperially intimidating as possible, and that it may actually be the West foregoing 'the dismantled Ottoman lands' plan, simply to create some "timely Eurasian Union" themselves.

It may help to listen to Mercan Dede’s meditational Radiata to better focus on this material. Watching the commemorative swim from Turkey to Northern Cyprus may energize you to discuss the issue better. Inviting your Greek friends to an informative dinner at a Turkish restaurant, like Sultan Tepe in Komotini may be a good idea. Also, feel free to share Acun Ilıcalı’s Oppo commercial to show them the fun side of the Turkish life lying ahead.

Wishing you a safe week, away from the Greek mess,
Eser Turan
Founding Editor 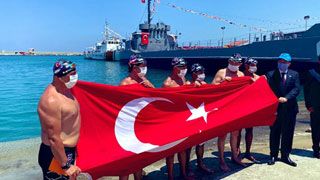 Last week was a turning point and a wake-up call for International Turks in many ways. After 2.5 years and nine sessions of a drawn out trial, the bizarre case of award-winning Turkish-German journalist Deniz Yücel resulted in a shocking prison sentence.

Shocking, mainly because the verdict contradicts the assessment of Turkey’s Constitutional Court that has already ruled his one year imprisonment in Turkey without a single indictment as “unlawful”.

Shocking, as there are many reasons why it should actually be Yucel charging Turkey for holding him as a political hostage over baseless accusations, stealing his years and stripping him of his security for life.

Shocking, since Turkey’s defamation of him as an alleged ‘terror-driven traitor agent’ character, labeled under the absurd and unfitting “agentterrorist” title, simply doesn’t jive with the reality of his infamous Turkish identity that is big enough to trigger racist death threats from neo-nazi groups in Germany.

Furthermore, countless clues and facts on Deniz Yücel’s case suggest that he was actually threatened, abducted, slandered and defamed by the real agentterrorists. His silence and patience does not give away much, but the mystery surrounding his case tells us to take heed on everything related to Turkey. Cem Yilmaz's recent dark comedy 'Karakomik Filmler' also hints at that uncanny reality.

Resisting the WWIII potential of the Arab Spring mess at its doorstep, namely the Syrian war, for 9 years now, Turkey has increasingly become a country of arbitrary actions and decisions. The ongoing proxy war in Libya is a good way to gauge Turkey's power in the region.

We may live far, but we need to be extremely careful with our dual-citizenship status, as our dual-identities are too inviting for the real agents and traitors to slander us. Also, our community is too inexperienced in fighting the “agentterrorist” libel.

Deniz Yücel's case is not the only one fighting threats and slander. Cabaret artist Idil Baydar is also receiving letters from the NSU extremists. It is almost as if the racists do not recognize the talent and success in our community. The elegant Titanic Comfort Mitte hotel in Berlin is a great example. So is the World Boxing Champion Unsal Arik's recent title.

Or maybe they have not read Imran Ayata's gripping Kanak novel "Mein Name ist Revolution" yet. A great story that breaks stereotypes on Kanaks, shattering mental taboos on Turks and Turkishness.

With these thoughts in mind, we launch 'Justice for Turks', a campaign to advance our fight against misinformation and defamation as a community. Please sign our petition on Change.org. Your support is more urgent than ever.
Wishing you a safe week,

Much to the world's chagrin, Turkey's ongoing battle with Western politics results in a decree that redesignates Hagia Sophia as a mosque.

Honoring Muslim expectations that view the building's 1453 conversion as Prophet Mohammed's first prophecy fulfilled against the mysterious figure called 'the Antichrist', this 2020 reconversion is well-timed to position President Erdogan as 'Mahdi', the prophesized savior of the Muslim world, pacifying his muttering voter base.

This hardly works for the International Turkish comunity however. Bombarded with questions and comments, we face a daunting task that requires us to discuss the power of mysticism in Turkish politics. For those that are not well-equipped, 'The Protector' on Netflix comes to our rescue.

HAZ Premier Place in London also helps. Boasting modern interiors, the classy decor showcases a unique design approach that reflects the somber meditation we seek in the West. Such subtle moves of brilliance can also be seen in Sevan Bicakci's imperial designs, as documented in 'Timekeeper'.

That grandeur generally translates as generosity, recently exemplified in TASC's drive to extend free care to New Jersey residents, a formidable effort that surpassed the welfare plan of the US government.

Charting out on a unique path, Alev Ozten Low's underwater explorations in the Caribbean present a wonderful example of Turkish comfort with the wild and the unexpected. As she shares her experience, our warrior genes receive a boost to further take the road less traveled.

Wishing you a fun vacation filled with great explorations,

June was a tough month of anti-racism rallies around the world. As people mourned the killing of George Floyd under police custody, a global reaction to white supremacist politics gained momentum.

This momentum however did not steer the EU away from their racist politics against Turkey. In an appalling decision, the EU countries that enjoyed Turkey's worldwide success and generosity during the pandemic, just could not bring themselves to lift travel warnings and enlist Turkey as a Covid-safe country for tourism.

This ugly face of European betrayal reignited Turkey's disillusionment with the West and short of fueling discussions to leave NATO, Ankara started debating Hagia Sophia's museum status, viewing the UNESCO Heritage Site as more of a political power indicator than a tourist destination.

A similar frustration with the racist European approach was experienced by Turkish-German politicians in the German Parliament. Both Cem Ozdemir and Gokay Akbulut reacted to AfD and reasoned that the violent Stuttgart riots stemmed from racist politics.

Looking forward to a great month of health, we hope you will be able to make it to Turkey for your summer vacation. 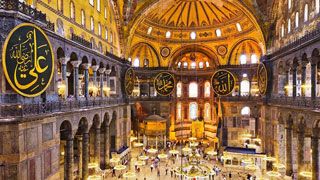 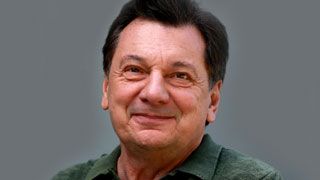